Jon Pobuda has built Edwardsburg into a girls basketball power in his six years as coach.

During that stretch the Eddies are an outstanding 112-19 with four Wolverine Conference titles and four district championships.

There’s one thing lacking …. the school’s first regional title. And Pobuda and the Eddies hope that comes this winter.

“That’s been a goal the past couple of years,” Pobuda said. “Last year we had a great opportunity and didn’t play as well (in a 61-48 loss to Wayland in the regional title game). I like to think that if we keep improving and getting better and play as a team and not care who gets the credit, we can go a long ways.”

“Our experience should be a strength,” Pobuda said. “We’ve had a few girls who have been here a few years and understand our system. We just have to figure out what everyone’s role is going to be.”

The fifth starter may depend on matchups. Edwardsburg could go big with 5-8 Abby Bossler or fast with 5-5 Caitlin Tighe.

One thing in the back of Pobuda’s mind is COVID, which delayed and shortened last season.

“I try not to think of COVID,” Pobuda said. “But it’s always there, especially with it starting to get cold and cases seem to be ramping up. Hopefully we’ll stay healthy and we can have a complete season.”

32 minutes of chaos is back

Veteran Brandywine coach Josh Hood plans to take full advantage of the five-quarter rule, which allows players to play five quarters between junior varsity and varsity games. He hopes to use it to, not only to gain valuable experience for his young team, but to bring back 32 minutes of chaos defensively.

“Now we can press on makes and misses,” said Hood, whose 16-player roster includes eight freshmen and four sophomores. “We can go five in and five out at a time. It’s going to mean more chaos than it’s ever been. It’s going to be much more chaotic than in the past because we’re much deeper. People are going to get their money’s worth. It might not always be a thing of beauty, but everyone should enjoy the product.”

Brandywine was 10-3 in last year’s shortened season, but failed to win the district for just the second time in Hood’s 12 years as coach.

“Obviously we’re going to build around Ellie,” Hood said. “She has great energy and effort and makes everybody else around her better. The others feed off her.”

But it’s eight freshmen that have Hood excited.

“All eight will play significant minutes,” Hood said. “There are going to be some peaks and valleys because of their inexperience. But most of them have made basketball their priority sport. Usually we have girls who focus on other sports. But six of the freshmen played travel basketball.”

Niles may have two of the area’s top players in 5-2 guard Kamryn Patterson (13.3 points) and 5-10 guard Amara Palmer (12.2). The key will be keeping Palmer healthy. The standout missed 11 games a year ago with an ankle injury.

“If we can get Amara back to 100 percent and get this team clicking, they’ll be fun to watch,” Niles coach Jessica Johnson said.

The Vikings will be competing in the Wolverine Conference for the first time this season after one year in the BCS.

Dowagiac and Cassopolis both struggled last year. The Chieftains were outscored by an average of 19.5 points per game while finishing 1-13 and the Rangers by 15.6 while ending 0-9.

Sun Nov 28 , 2021
Aisha Boubacar, now 15, wrote and illustrated a children’s book during the pandemic lockdown for young Black readers to appreciate their natural hair. (Submitted by Kate Lavut) Aisha Boubacar’s quarantine hairstyle experiment quickly turned into a bona fide writing project. While many were trying to cope with being separated from […] 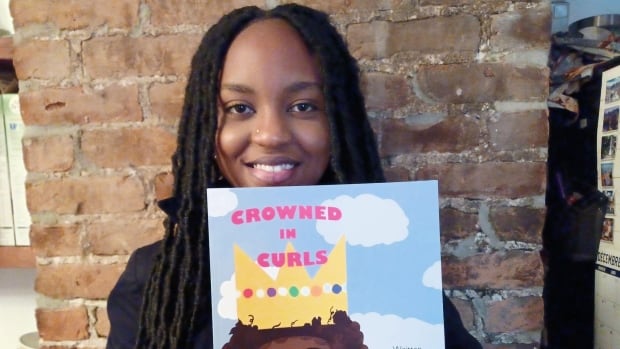