For Ohio Shakespeare Festival’s production of “Cinderella,” forget the preconceived notions about this girl being the princessy type.

In this production of the musical, Maya Nicholson’s Cinderella feels much more like a real girl, one who isn’t necessarily the picture of grace during the big reveal for her ballgown, but who jumps up and down with joy when it happens. And that makes the moment all the more exciting for folks in the audience.

In this Akron company’s production of the Rodgers & Hammerstein musical, the Fairy Godmother is a tattooed badass who, rather than looking typically fairy-like, appears mythological and sings with throaty alto power. She also has a strong message for young girls in the audience: When Cinderella says she’s nervous about how she’ll fit in at the ball, the Fairy Godmother responds by saying emphatically saying she never cared much about fitting in.

Looking at actress Madelyn Hayes as her Fairy Godmother said this, with her bright red hair and gauzy fabric wings that light up as she manipulates them, I thought to myself, “Oh, yeah. You go, girl.”

In this version of the musical, based on the 1997 teleplay with Whitney Houston and Brandy, the Fairy Godmother also doesn’t consent to helping get Cinderella to the ball until she first sees that the young girl is determined to help herself.

This production focuses on girl power, and we’d expect nothing less from director Tess Burgler, who in 2019 produced a whole “Lady Disdain” season at OSF with plays that told stories about brave, strong female protagonists.

At opening night for “Cinderella” on Dec. 3, it was enjoyable to hear a live band performing from the stage left balcony for this musical instead of the company’s previous practice of using a track. For this show, a four-man band with keyboard, two guitars and drums worked.

The singing was rocky at the beginning of this musical, both with the ensemble and when Nicholson and Joe Pine, who plays Prince Christopher, sang together in “The Sweetest Sounds.” She had issues with pitch here, so their harmonies didn’t gel.

Nevertheless, their romantic duets in the second act, “Ten Minutes Ago” and “Do I Love You Because You’re Beautiful,” were lovely. Nicholson, who has an alto voice with a pop edge, brings an authentic luminousness to her role. Pine, who sounds like a classically trained tenor, is the picture of handsome earnestness.

One of the show’s musical high points was “Stepsisters Lament,” delivered with comic zest by Natalie Steen, who has great singing pipes as Grace, and the equally funny Hannah Storch as Joy. Their over-the-top costumes and wigs designed by Kelsey Tomlinson add to their ridiculous characterizations.

Actors Lisa Marie Schueller and Tom Barnes are charming as the Queen and King, especially in their sweet and tender duet “Boys and Girls.”

As the villainess Stepmother, Lara Mielcarek is chilling when she speaks cruelly to Cinderella, essentially telling her anything she has to say is worthless. In this unforgettable moment, Nicholson’s Cinderella looks directly at her tormentor with resolute dignity, not saying one word.

This production has some modern flair but the classic songs are all there and the well-known story is intact. There’s plenty of magic in the romance, as well as in the beautiful mouse and horse puppets created by Marty LaConte.

Thu Dec 9 , 2021
By Haley WilsonThe Birmingham Times When Darrius Peace arrived on the University of Alabama at Birmingham (UAB) campus in 1998, he made an observation that gave him a chance to take matters into his own hands. Literally. “I realized that none of the girls in my college could braid,” he […] 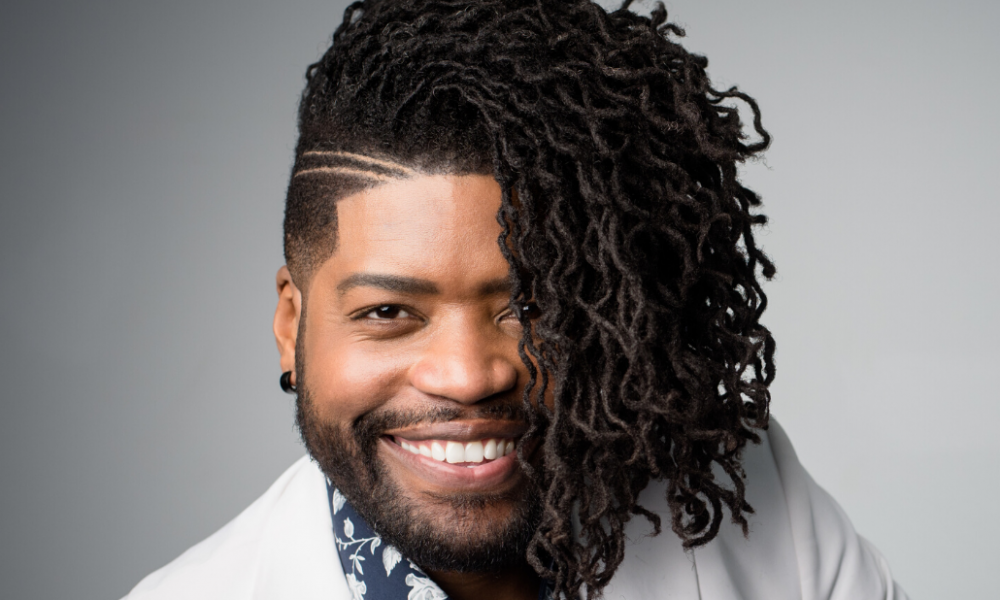