Gaby Trujillo has never been one to shy away from new opportunities. It’s a value that her mother — who left her life and career in La Habana, Cuba to bring Trujillo to the United States at age 3 — instilled in her when she was young. Trujillo dropped out of college at 20 to work full time, and at 25, she quit her corporate job at subscription business Boxycharm to pursue her own makeup brand —Alamar Cosmetics — with nothing but her savings.

When a Disney Studios executive messaged Trujillo on Instagram about collaborating on a makeup collection for one of the billion-dollar company’s upcoming films, she wasn’t sure it would be possible. Trujillo asked herself, “Can I actually do this? Can my team handle this? Do we have the budget?”

“Even if in the moment we didn’t know how this journey would go, I knew we would figure it out,” Trujillo said, knowing she couldn’t pass up on this chance.

Alamar Cosmetics is now the first Latina independent makeup brand to collaborate with Disney on a makeup launch. Trujillo created a special makeup collection inspired by the characters and themes in the new animated film “Encanto,” which tells the story of the magical Madrigal family in Colombia and features music by Lin Manuel Miranda accompanied by the voices of Stephanie Beatriz and John Leguizamo, among others. Disney’s “Encanto” makeup collection marks Alamar’s first major collaboration and consists of 13 products including an eyeshadow palette, blushes, lip glosses and more. 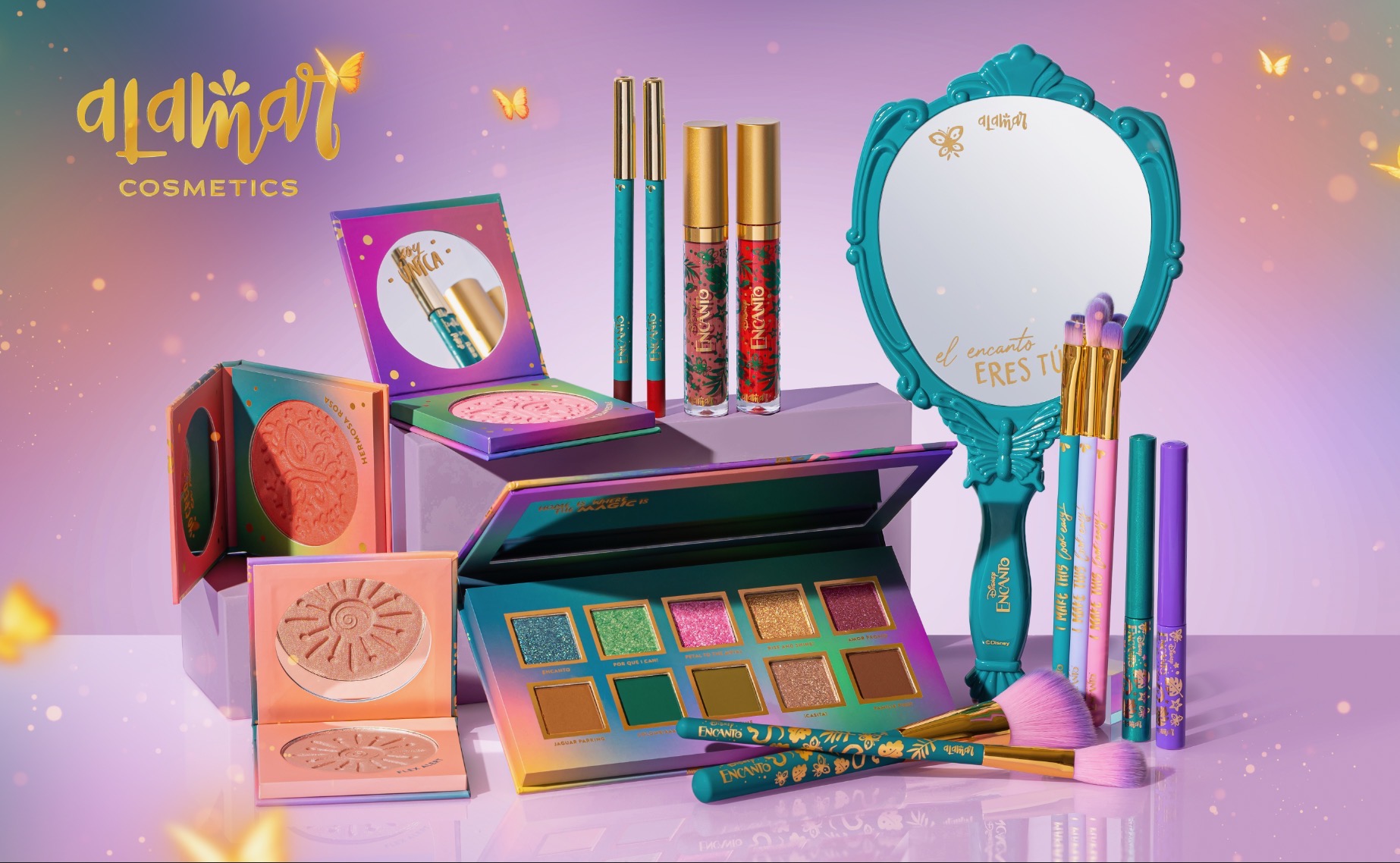 “As a Latina-owned brand, we have always celebrated the diversity of our culture through the makeup we create, and I think Disney was looking for a brand that would be an authentic extension of the magic in the movie,” Trujillo tells Latina. “We brought an authenticity to the collaboration that I don’t think many other brands could have captured and it’s exciting to see our cultures and customs on the big screen.”

Trujillo grew up and still lives in Hialeah, a neighborhood in Miami with the highest concentration of hispanics and latinos in the United States. Surrounded by sounds of Latin music playing in the streets, the smells of home-cooked Latino food wafting in the air and the support of a tight-knit immigrant community, Trujillo credits Hialeah for her drive and inspiration as an entrepreneur. 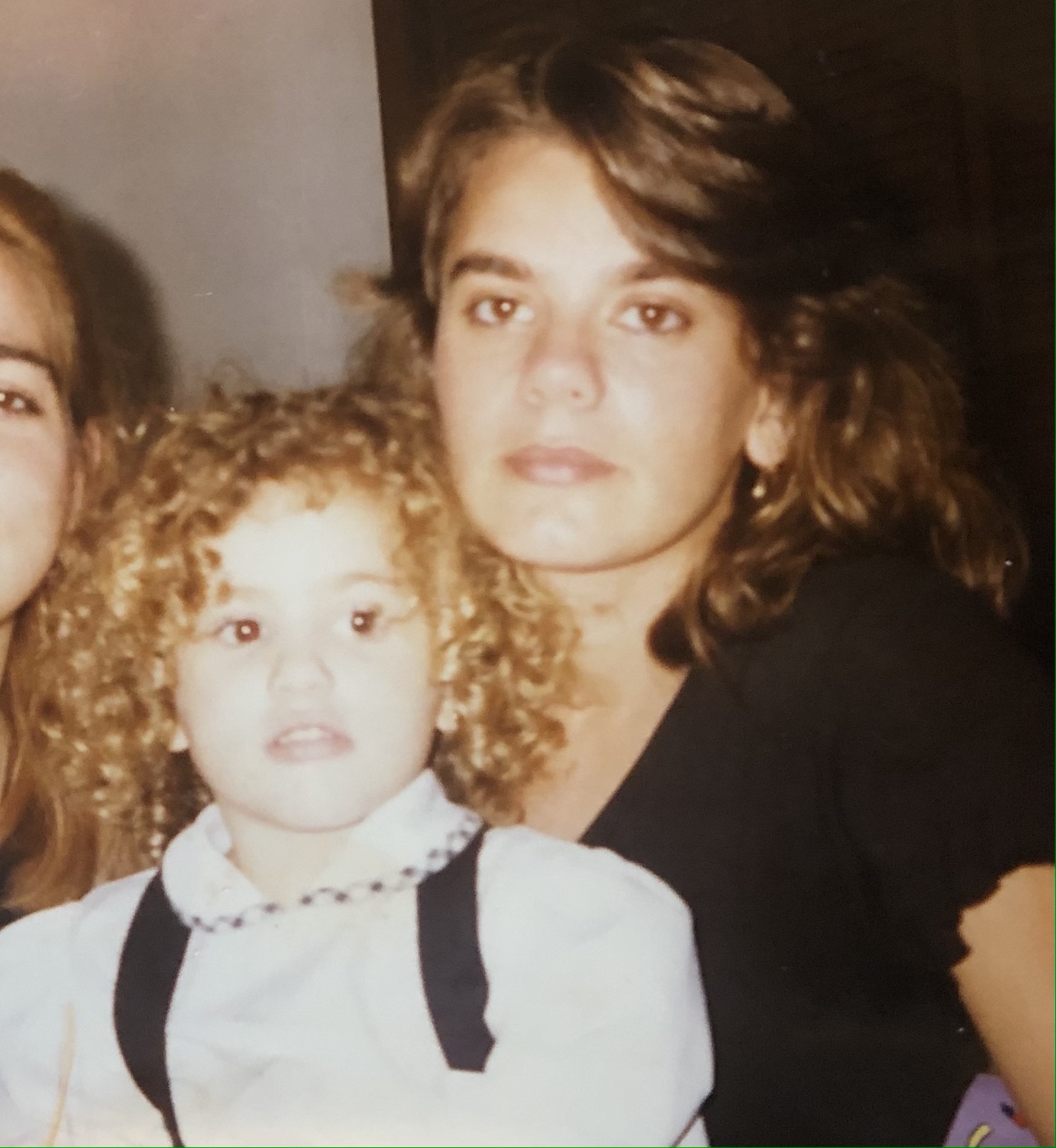 Gaby Trujillo and her Mother.

“Growing up here made me feel like anything is possible,” she says.”We are a city of immigrants who came to this country with nothing and have built a flourishing city from the ground up.“

Trujillo learned the basics of makeup from her esthetician mother, who enrolled in beauty school upon arriving in the U.S. without yet learning a word of English. Trujillo’s parents had spent years saving up for her to attend college, which she did during the day while going to beauty school at night. Although she felt terrified that her parents would be angry with her for wanting to drop out of college, they saw how unhappy she was and instead encouraged her to pursue her passion: makeup artistry.

After getting her start at her mother’s beauty salon and taking private clients of her own, Trujillo became a makeup artist for MAC Cosmetics and at-home makeup service Glamsquad. In 2015, she started working at Boxycharm where she learned about influencer relations, social media marketing, digital strategy and product development. At the time, Trujillo shared glimpses of her  work on her own social media, where her following grew from hundreds to thousands on Instagram and YouTube in a matter of a few months.

While working at Boxycharm, which offers monthly subscription boxes of curated beauty products from indie and large brands alike, Trujillo noticed a gap in the beauty market: there weren’t many mainstream Latina-owned beauty brands that offered affordable and high quality makeup. She created her first eyeshadow palette and it received wide praise when her boss included it as a featured Boxycharm product.

“We launched during a time when people were craving something different, something that would make them feel connected to their roots. Through makeup and with Alamar Cosmetics, we did just that,” Trujillo explains.

With only the savings Trujillo had earned from her years of freelancing, bridal work and makeup classes, she quit her job in 2018 to work full-time on Alamar Cosmetics — named after the Cuban city she was born in. Today, the brand has over 212,000 followers on Instagram, its primary platform for driving sales. Now entering her fourth year in business, Trujillo says accepting Disney’s collaboration offer for “Encanto,” even if she was uncertain how she would pull it off, was exactly the opportunity she needed to “whip the business into shape” and scale its success.

“Saying no will keep you from so many blessings, and you’d be surprised at what you’re capable of. It’s important to believe in yourself and give yourself the chance to excel,” Trujillo says. “It’s always important to say yes and then figure it out because a solution is always there, you just have to find it.”