Growing up in Toronto, Amrit Kaur didn’t think she could be an actor. The Bollywood films she watched as a kid often starred beauty queens, like Priyanka Chopra and Aishwarya Rai. So at 18, she submitted herself to Canada’s beauty pageant circuit for one long, miserable year. “I felt like I had to convince somebody that I was beautiful. If they believed that, maybe I could become an actress,” the 28-year-old tells Bustle.

It’s not that Kaur, whose parents emigrated from India to Canada before she was born, never saw average-looking Desi people on film or TV. She did. But they were frequently portrayed as “immigrant clowns with the Indian accent, head nodding and doing weird gestures.” Or she saw brown people “trying to be white,” like she admits she sometimes did growing up. “I remember being in school being like, ‘Ah, someone called me whitewashed? That’s amazing,’” Kaur says.

In the end, it wasn’t a crowning title that opened Hollywood’s doors to her; it was old-fashioned, unglamorous hard work. While studying acting at York University, Kaur met her most important teacher, Michèle Lonsdale-Smith, who helped her understand that her talent and intelligence are the key to acting — not her looks. “She ripped me another assh*le,” Kaur says gratefully.

Now, Kaur is starring on The Sex Lives of College Girls, an HBO Max series created by Mindy Kaling and Justin Noble that follows four college freshmen as they navigate an elite New England university. Kaur plays the comedy and sex-obsessed Bela, who at one point gives hand jobs to half the men on the school’s humor magazine in order to secure admission onto the staff. It’s a role that, for one of the first times, makes Kaur feel free to be Indian onscreen in a way that feels truthful to her. She says that if her parents had allowed her to live in the dorms when she was a student, she would have absolutely rebelled like Bela. “They knew I’d be a sh*t storm if I did live on [campus], I guess,” she confesses, laughing. “I would be giving hand jobs [too].”

On previous projects, Kaur felt torn between taking roles that felt authentic to her and merely wanting work. “People want you to act like the stereotypical Indian and sometimes when you don’t do it, they don’t like it,” Kaur says. “It’s a choice for that actor: do I want to sell out to be in the film or do I just say no and risk being fired?”

It’s not a choice she had to make for Sex Lives. Though being Indian is a constitutive element of Bela’s identity, it’s far from her defining characteristic. Kaur speaks admiringly of the actors who play her parents on the show, Kavi Ramachandran Ladnier and Mueen Jahan. “They’ve been in the industry, empowering brown people for a long time,” she says. Because of them, her generation is being offered a richer range of roles.

Watching movies with actors like Ladnier and Jahan also helped Kaur feel more secure in her own skin. She loves Lagaan, an Indian sports epic set in a village not so different from the one where her parents grew up. “I remember watching that and I felt like it was OK to come from a poor village. I felt love for myself seeing that reflected on the screen,” she says. And she’s finally beginning to see her outer beauty, too. “I’m just starting to accept my face and know that it’s beautiful. I really mean that. That it’s internally beautiful.”

Get to know more about Kaur in her Bustle Booth questionnaire below.

In The Bustle Booth

I’m one of those annoying people with a specific order: an Americano with 1/3 hot soy milk, 2 teaspoons of half and half, and 1 spoon of honey.

What are the saved weather locations on your phone?

None. How do you do that?

“May the force be with you.”

What was your favorite cartoon as a kid?

What’s one movie or TV show you’re currently obsessed with?

Who is your celeb idol?

If you had to be on a reality TV show, what would it be?

Judge Judy. In an alternate world, I’d be the judge.

“Man! I Feel Like A Woman!” by Shania Twain

What’s something that’s inspiring you lately?

What is something you would want people to say about you?

She told the truth.

I Didn't Wash My Hair For 7 Days: Hair Detox Experiment

Wed Nov 24 , 2021
Beauty influencers on TikTok have recently been experimenting with hair detoxing. The process involves forgoing washing the hair or using any hair products for a full seven days, then using a clarifying shampoo. One editor put this “hair reset” to the test and was impressed with the results. Recently during […] 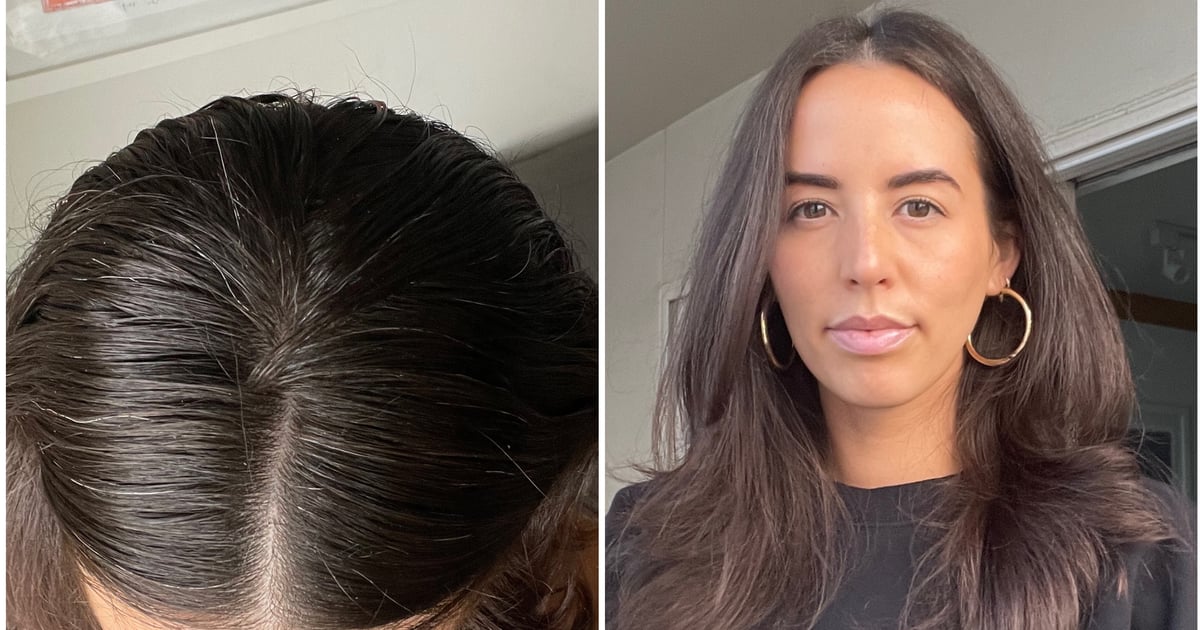