Ashleigh Knight, 21, died after coming off a utility vehicle on Saturday. Photo / Givealittle

Beautiful and cherished – those are the words used by Ashleigh Knight’s parents to describe their only daughter, killed in an accident less than a week ago.

Friends and family of the 21-year-old gathered on Friday for a funeral service for their daughter, sister and friend.

“We lost our beautiful girl when she closed her eyes,” parents Nipper and Sheree said in a family notice in a local paper.

The notice also describes Knight as a loved and treasured sister to Taine and Caleb and soulmate to Finn.

Police yesterday named Ashleigh as the person who died after falling from the back of a utility vehicle in Pohangina, Manawatū, on Saturday evening.

Emergency services were called to Te Awa Rd about 6pm. Knight suffered critical injuries and she died at the scene.

Inquiries into the circumstances of the incident are ongoing and the Serious Crash Unit is investigating, police said.

Knight had a passion for rugby and was well-known in local rugby circles after playing in various school and local club teams all through primary, intermediate and high school.

The Manawatū Rugby Union paid tribute to her, saying the province is mourning the loss of a much-loved wahine.

‘She leaves a tremendous gap’

Jackson spoke of a young woman who loved the game of rugby and who had played five seasons for the Manawatū Cyclones Women’s Rugby Team and had played 19 games.

“Ashleigh had an inspiring passion for rugby – the fact she had already notched up five seasons for the Cyclones at just 21 years old is testament to her passion for the game,” Jackson said.

“Ashleigh was a friendly and approachable young woman and will be sorely missed by the Cyclones team and wider Manawatū Rugby Union whānau.

“She leaves a tremendous gap in the Cyclones’ waka.”

A former student of Feilding High School, she became a regular fixture on the school’s girls First XV team after being spotted playing footy for Feilding Intermediate as an 11-year-old.

In her final year at Feilding High, the talented lock was named as captain.

Speaking to the Manawatū Standard in 2018, she said at the time that she decided that rugby was her sport after growing up playing it with her two older brothers in the backyard.

“It was just some more rugby that I got to play, really,” she told the paper.

A family friend has since started a fundraising page in a bid to help the family, who was described as “amazing”. The page was also in support of Ashleigh, a post said.

“After suffering the sudden loss of their young daughter, Ashleigh, the Knight family have suffered more than most.

“We wanted to start a GiveAlittle page to help cover the funeral cost for Ashleigh and hopefully make one less thing for the Knight family to worry about in this tragic time.”

Sun Dec 12 , 2021
FLINT TOWNSHIP, MI — A new beauty salon and spa recently opened in the Flint area with a range of services and the experience to care for different hair textures. The LaTresha Rená Salon and Spa, 1032 S. Linden Road, Suite B, in Flint Township celebrated a grand opening in […] 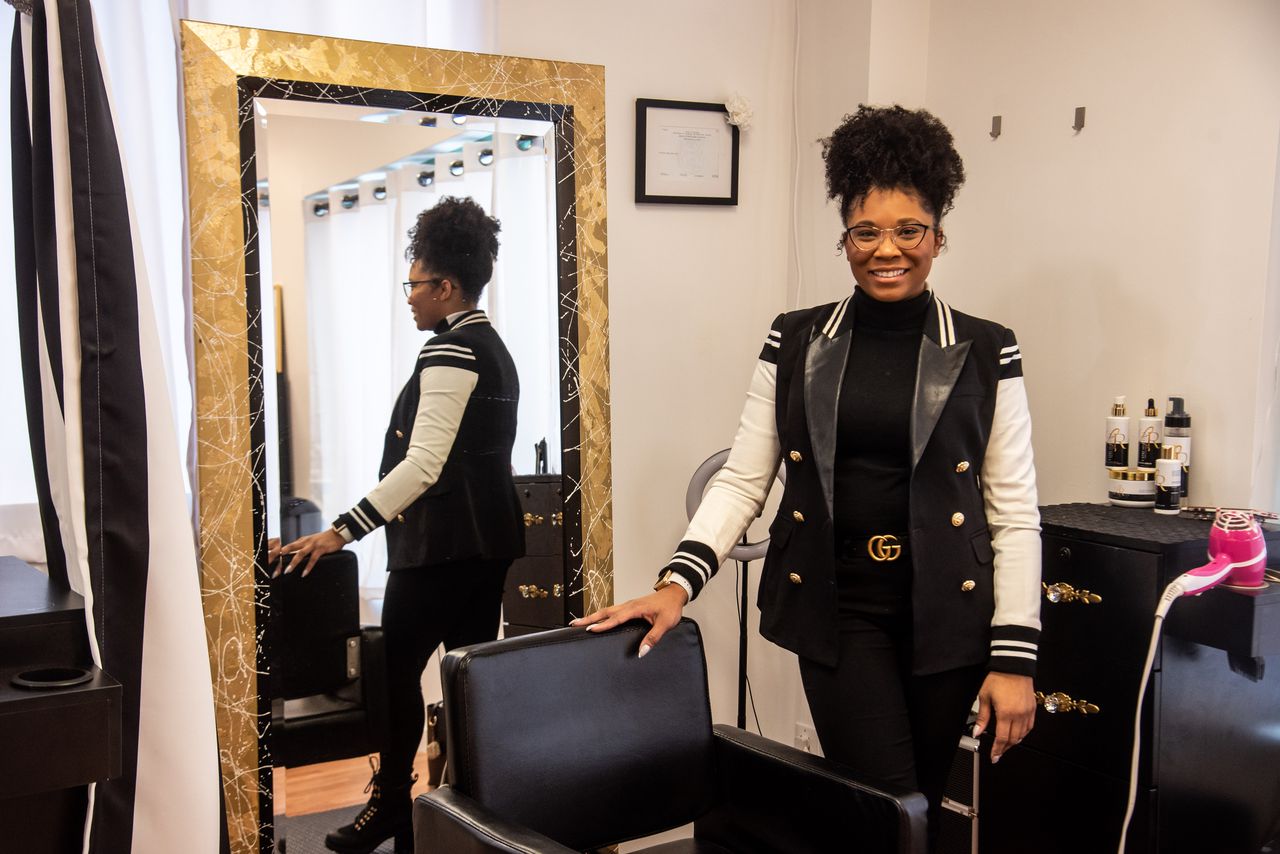