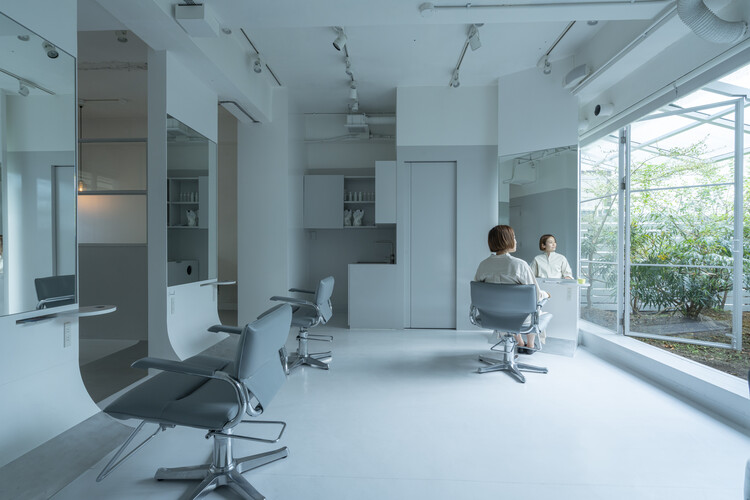 Text description provided by the architects. I was told that maitre, which had previously renovated the second floor of a building facing an arcade in Hondori, Hiroshima, was also renovating the third floor into a hair salon. When I first visited the third floor, which was originally an eyelash store, I walked up a narrow wooden staircase and saw a large veranda with a garden. When I saw the garden, which had the same volume as the size of one room in the store, I felt an uncomfortable balance in the area ratio between the interior and exterior spaces.

By considering the spatial composition of the interior space based on the theme of a park, I thought that the two spaces with equal area ratios inside and outside would be connected by a single theme, and the space would be linked to the nature of the exterior space, making it a cohesive and open space despite its small size. In order to create a park-like outlook, I tried to avoid using architectural elements such as partitions and walls, which are necessary for normal spaces, just to block the line of sight. Instead, I randomly placed cut platforms with the lower part curving from the ceiling to the floor, like slides on playground equipment.

The space is partitioned into two planes by creating a single path that visualizes the flow line using aluminum plates to pass between each function, and I hope that each person can imagine a random and free flow line from that path, just like in a park. The function of the salon is simply set up like a random piece of playground equipment through a single path. At the end of the path, a lush and sunny exterior space with the same spatial volume as the interior appears. While maintaining the unique sense of openness and freedom of an external space like a park While having the unique openness and freedom of an external space like a park, it is also an internal space that is protected from external environmental factors. I believe that an unprecedented space that is free and open in every way has been created.

DETAIL – With the image of playground equipment in the park, each function was arranged freely, which made it difficult to take up the surface area. Therefore, an organically shaped workbench, which can be freely rotated and stored when it is in the way depending on the line of traffic, is inserted into a part of the slide with a slit and a rotation axis. The surface is covered with vibrated aluminum and has a round hole for a drink holder. The workbench has an eccentric rotation axis so that the slit becomes a free space except when it is stored. Instead of placing a magazine rack there, a tablet dedicated to each cutting table is inserted and stored.

The organic shape of the turntable changes its shape at each place so that each slide has its own individuality as playground equipment. In the interior space, the function as a park is more clearly highlighted, and the materials are simple and white to contrast with the nature of the exterior space. The path from the entrance to the staff room, which is likely to have the most traffic, is made of aluminum to free up the flow of traffic, while the rest of the space is simply finished with long, light gray sheets. In order to express the external space, the fixtures and walls were painted with urethane gloss to increase weather resistance, giving the entire space a sense of cohesion as if it were a single film. The parts of the building that people touch are made of aluminum for durability, and the holes in the dust boxes, drink holders, and other storage areas are all made of regular circles to resemble trash cans in a park.

Fri Jan 28 , 2022
New York Article may perhaps be compensated and/or acquire an affiliate fee if you purchase as a result of our links. The host of one of the most-watched reality Tv displays, “Love Island,” gave us a powering-the-scenes seem into filming, the enjoyment marketplace and — just for us — the […] 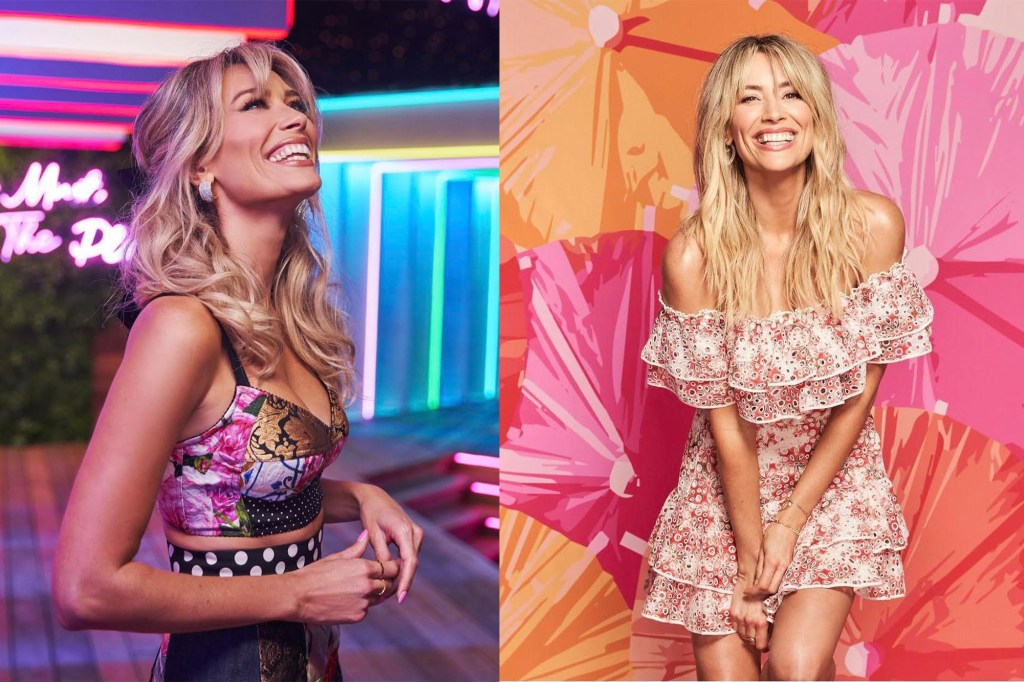