A brave little girl from Chorley who was diagnosed with a brain tumour days before she was due to start primary school is doing well, says her mum.

Five-year-old Indie Thomas, of Chorley, was diagnosed last September days before she was due to start primary school with a large, slow growing glioma brain tumour and severe hydrocephalus. Indie, who has an eight-year old sister Tallulah, has been undergoing treatment at Royal Manchester Children’s Hospital, and has partially lost her sight,

Now mum Danielle, 28, has given an update on Indie’s progress and thanked fundraisers who raised thousands of pounds in a recent fundraising walk to help Indie and Royal Manchester Children’s Hospital. She told Lancs Live: “Indie is doing well at the moment.

Read more: Man rushed to hospital after being found with serious head injuries

“She now has a tube fitted which has helped massively with her energy levels. Indie has been having big breaks in between her chemo sessions due to her blood levels not recovering quickly enough.

“Her eyes have continued to deteriorate which has been the hardest thing for us all to watch. She is due another MRI to check on the tumour in 2 weeks time so we have everything crossed that the chemotherapy is working.”

Highlighting how the fundraising walk on Saturday, (March 26) from Blackpool to Chorley in which she took part was an ‘emotional day,’ Danielle said she and Indie’s dad Danny were overwhelmed, adding: “Saturday was a very emotional day, both myself and Danny are so overwhelmed with all of the support we have received. All of the walkers were amazing.

“We all worked as a team and spurred each other on to the finish line! Whilst we were walking friends rallied round decorating the Spinners, dropping off refreshments at points in the walk and preparing food and gifts.

“Both Indie and Tallulah were treated like royalty; we are so lucky to have the best community around us. A huge thank you to everybody involved and all those who have so kindly donated.”

Family friend Kim Everett said Indie was ‘a bright and beautiful five year old little girl’, and said the ten hour walk had so far raised £4,400. Highlighting how the 26 mile walk had been undertaken by 31 people including Indie’s family and friends and staff from Duke Street Nursery School in Chorley, she said the route began in Blackpool at the seafront and passed through Kirkham, Preston, Preston Docks, Penwortham, Lostock Hall, Buckshaw Village and Chorley before finishing at The Spinners gastropub in Cowling.

Kim said: “It was an absolutely amazing experience walking with so many fantastic people in the glorious sunshine! By the time we arrived at our halfway point, 13 miles in, Indie’s mummy Danielle had the worst blisters but she was so determined to complete the challenge.

“The Spinners threw the best party afterwards with live music and food in their beer garden and we loved celebrating our achievements into the evening with Indie and her family. Kirsty from Yarrow Valley Therapies even came along offering free sports massages to our brilliant walkers!

“It was such an incredible experience and the amount of money we have raised will mean that Indie and her family can look forward to lots of fun this summer and also The Royal Manchester Children’s Hospital have a lasting legacy in Indie’s name. Behind this fundraiser is a little girl who is extremely poorly and will continue to need treatment that makes her so unwell.

“We all want to support Indie and her family at this difficult time. I would like to thank everyone involved from our walkers, those who donated, all of our supporters even those who waved to us along the way – everyone has been so kind and generous, we can’t thank you enough.”

A Go Fund Me page for the walk has been set up, with the proceeds going towards Indie and her family as well as the Royal Manchester Children’s Hospital. To find out more, click here 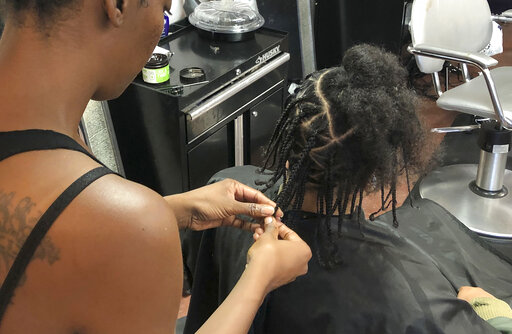