Ashley Waddell traded her stethoscope and scrubs in for scissors and style when she opened Brushed Hair + Beauty Bar. The salon is located next to Fat Froggs Bar off of West Haggard Avenue less than a mile from Elon’s campus.

After ending her career as a phlebotomist — a medical professional who draws blood from a patient — to attend beauty school, the 31-year-old Burlington native said she knew she wanted to open a salon in Elon.

“I actually chose Elon because my husband is a firefighter at Elon as well, so we love the community,” said Waddell, Brushed owner and stylist. “I fought after this space for a while, so when I got it I was super excited.”

The hair and beauty bar opened in January 2021. But the growth of an Elon student clientele had been slow until the last few weeks, according to Waddell.

“At first, we didn’t have a lot of Elon students,” Waddell said. “Now, honestly, the past week, since I put us on Google, Google Maps and also Instagram, we’re getting tons of call-ins from people, and a lot are Elon students.”

The salon’s Instagram page also offers 15% off for Elon students.

Elon senior Petra Castedo, whose home state is Florida, said she has struggled to find a salon she likes in North Carolina. But she gave Brushed a try in mid-February and said it was a positive experience.

“Some of the other salons I have been to in North Carolina have felt old-fashioned,” Castedo said. “[Brushed] was definitely nice, and it reminded me of a salon you would go to in a city.”

Castedo received a haircut, a balayage color treatment — a coloring technique that creates a gradual, more natural look — and a blow-dry, and she said she had no complaints.

“If I was staying longer in Elon, I would go back,” Castedo said. “I think [the stylists] all do a good job, and they’re passionate about their job.”

Meagan Strader, a stylist at Brushed, said the salon provides Elon students with a salon and stylists they can trust without traveling to a bigger city like Greensboro or Chapel Hill.

“It’s hard with being away from home and not having someone that you trust to do your hair,” Strader said. “I think the ultimate goal for us being in Elon is to have somewhere for [students] to go where they can trust that we’re good hairstylists, they’re going to be taken care of, and we’re at their disposal whenever they need us.”

Brushed has a staff of eight female stylists with a range of expertise and experience from three to 20 years.

“I wanted to make sure I chose stylists that were still with the trends and were knowledgeable,” Waddell said. “I think that was the biggest thing is making sure that I had a good salon family to work with, and we could all offer everything that women and men and children need.”

When designing the salon, Waddell said she wanted the salon to have a “modern and trendy” feel so it would stand out among competitors in the Elon-Burlington area.

“Even though we’re in a small town, I want people to walk in and feel like they’re in a big city,” Waddell said. “I also wanted to have a very warm, home-like place for people in Elon and other surrounding communities to come to, men and women, just so they feel they can be comfortable and get pampered.”

Brushed continues to practice COVID-19 safety measures inside the salon including stylists’ chairs located at least six feet apart, frequent sanitation and disinfection of chairs and stylists’ tools and the wearing of masks by both clients and stylists, according to Waddell and Strader.

Waddell said construction and building the salon during the pandemic was the hardest part of the process, and they pushed back their opening date by at least a month. But setbacks due to the pandemic did not stop Waddell’s goal of combining her passion for hair and her love for the Elon community.

“It’s just nice to be around a lot of people that you know, and you can all serve the community together,” Waddell said.

Sick Of How Expensive Beauty Products Are? Here Are 46 Cheap Finds That Work So Well

Mon Nov 22 , 2021
I have a hard time justifying big, expensive beauty purchases, like an $80 eyeshadow palette or a face cream that costs half my monthly rent payment. Don’t get me wrong, I think quality is important. But it shouldn’t have to cost an arm and a leg — especially when there […] 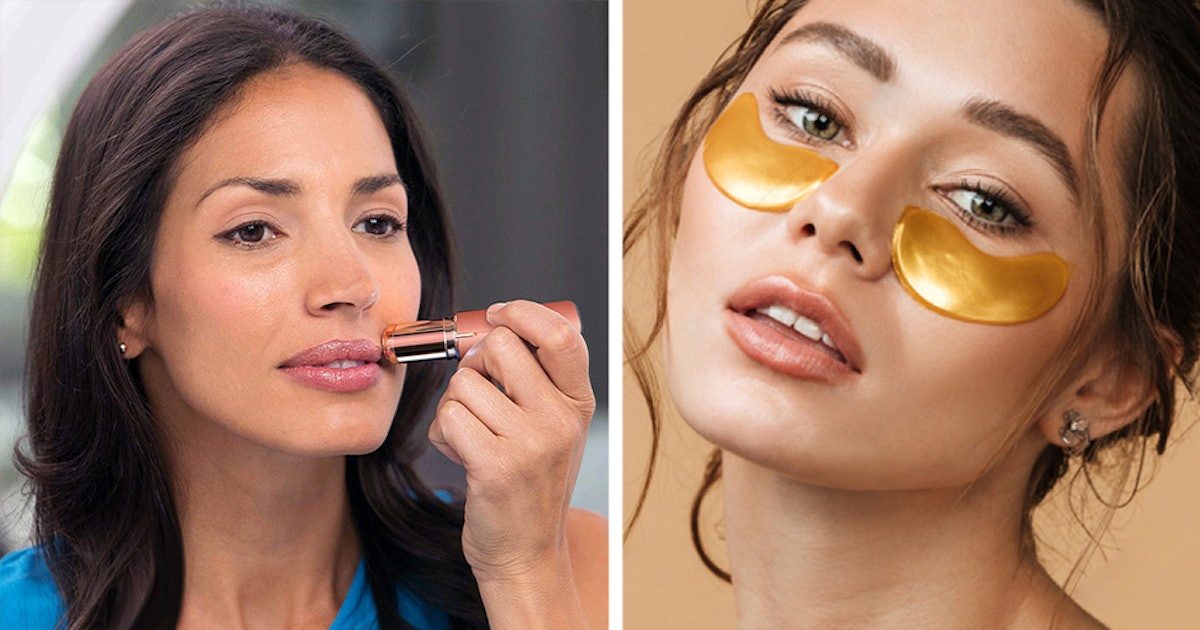