It’s an unusual relationship – between a soft-spoken, Alabama-based graphic artist and a long-dead New York photographer who once was renowned for “cheesecake” pinups of showgirls and portraits of Hollywood stars, but who has faded into almost complete obscurity.

And yet, Clyde Adams can’t get photographer Murray Korman out of his head, driving Adams along a nearly-decade-long quest to document Korman’s remarkable life.

The result: two books and a website about Korman, which resurrect the photographer’s extraordinary catalogue of black and white images that, for a half-century, gathered dust in a New York closet.

“He really is a fascinating character, and his story was almost lost,” Adams said.

Now, anyone can rediscover the photographic legacy of Murray Korman, a Jewish-Ukrainian immigrant who at the height of his career hobnobbed with the likes of Bob Hope, Jack Benny and Jackie Gleason, as well as Oscar-winning actresses, songsters, dancers and burlesque stars – from Loretta Young to Anne Bancroft, Peggy Lee to Louis Prima to Josephine Baker, Bill “Bojangles” Robinson to Ann Miller, and Gypsy Rose Lee to “Funny Girl” Fanny Brice.

In his most recent book, the just-released “Vintage Babes of Broadway,” Adams, who lives in Leeds, and co-author Maureen McCabe shine a flashbulb on the array of celebrities captured by Korman in his busy New York studio, accompanied by snappy bios of the stars.

For those interested in diving more deeply into Korman’s life, pick up Adams’ earlier book: “Murray Korman: The One Big Name.” It follows Korman from his hardscrabble childhood on New York’s Lower East Side to the peak of his career, when he raced between two studios – a tumultuous one on Broadway, where he captured images of big-name entertainers, aspiring ingenues and semi-famous strippers, and another, quieter space across town where he produced “carriage trade” portraits of New York society and blossoming debutantes.

For Adams, the journey through Korman’s life began when McCabe contacted him about helping her craft a book about her late father, a Vaudeville stage performer. A retired Alabama Power graphic designer, Adams has molded a second, successful career creating custom, print-on-demand books for clients on a wide variety of topics.

Amid the mementos McCabe shared about her father were photos of him taken by Korman. To Adams, Korman’s highly stylized signature, emblazoned on the corner of the photos, was almost as fascinating as the images themselves. McCabe, too, was intrigued by Korman, of whom she knew nothing.

Seeking permission to reprint a Korman photo, McCabe tracked down his great-niece, who had inherited a trove of his negatives from her mother. Always curious about her long-passed relative, the great-niece was eager to revive his name, but didn’t know where to begin.

So began a three-way partnership. Over the course of a year, the great-niece shipped stacks of Korman negatives to Adams, who made high-quality, digital scans of the photos. In all, the collection tops 600 images, including portraits of some of the biggest stars of the 1920s to the 1950s.

Adams’ research suggests Korman may have produced more than 475,000 images in his lifetime – as many as 10,000 prints a week when he was at the top of his game. And yet, incredibly, Korman’s story has faded almost completely from public view.

Indeed, in the course of a just a few years, Korman went from being an internationally recognized celebrity photographer to being broke and virtually forgotten. He died of a heart attack in 1961, inside a photo studio where he was reduced to working as a struggling employee. He was 59.

Korman’s swift disappearance from history appears to be the result of a combination of things, Adams said, although the precise facts may be lost to time.

“He was an incredibly creative guy, but it appears he didn’t have much business sense,” Adams said, based on some accounts. Combine that with an expensive and failed marriage, health problems and a highly glamourized style of photography that was fading fast by the 1950s. In his final days, Korman was forced to borrow equipment to keep shooting, Adams said.

From doll painter to sketch artist to photographer

According to Adams’ research, Korman was born Moritz Korman in 1902 in the Russian city of Kamenets Podolsk, now a part of Ukraine. He was the youngest of five children. Around 1907 his mother died and his father emigrated to New York City, although some sources cite different years. The children eventually followed their father to America.

Korman went to public school but was more interested in commerce than education, earning cash on the side by selling newspapers and undertaking other endeavors. But his artistic talents were evident from a tender age; according to his New York Times obituary, Korman often got in trouble in class for drawing caricatures of his teachers. By eighth grade, he had landed a part-time job painting doll faces. He was so good at it, he was offered a full-time job and dropped out of school at 14.

Korman soon went from employee to entrepreneur, establishing his own doll-painting shop while attending art classes at night at Cooper Union. Around the age of 22, he gave up doll painting to pursue a career as a sketch artist and painter, doing freelance drawings and cartoons for newspapers, with a focus mainly on Broadway.

Korman decided to open a portrait studio, where his skills came to the attention of Broadway impresario Florenz Ziegfeld. He hired Korman to make sketches of his famous Follies casts. It led to a flood of sketch requests.

To keep up with demand, Korman started sketching from photographs rather than from live subjects. He then started selling photographic copies of the sketches to the performers, who needed them for marketing purposes. By 1926, Korman concluded that there was way more money to be made in photography than in sketches. He trained briefly under another photographer before opening his own studio, which thrived.

Korman quickly made a name photographing showgirls, and showgirl wannabes. His expertise in cheesecake – highlighting the physical curves and sexual allure of his subjects – had starlets lining up for Korman to work his magic, which included doing their hair and makeup.

“I can take a farmgirl and make her look like a glamorous doll, and bring out more appeal in a fur-coat picture than many can in a bathing suit,” Korman once said. “But if I portrayed people as they really are, I would starve to death.”

Adams said Korman’s edgy photographic style, combined with a charismatic, “over the top” personality, drew celebrity clients like flies, including A-list Broadway and Hollywood stars. Korman, meanwhile, fully embraced the celebrity lifestyle, throwing lavish parties and frequenting some of the city’s most famous and posh nightclubs.

“He really pushed his craft, as much as he pushed and promoted himself,” Adams said.

Indeed, Korman built a reputation as a semi-official authority on beauty. He was sought out regularly by magazines to help identify “the 10 most beautiful girls in America.” He was even brought in to testify in New York State Supreme Court as “an expert on femininity,” according to the Times obit, in a lawsuit brought by a showgirl who was disfigured in a car accident. Korman’s aesthetic assessment of the plaintiff helped secure for her a tidy sum from the wealthy man who was driving the car.

In 1939, Korman secured what may be his most remarkable and historic assignment, as the publicity photographer for artist Salvador Dali’s Dream of Venus pavilion at the World’s Fair in New York. The controversial exhibit was a surrealist fun house or “folly” that took visitors on a trip through Dali’s imagining of the dreams of Venus. Korman worked closely with Dali and well-known photojournalist Eric Schaal on the publicity shots, for which Dali was art director.

But by the 1950s, Korman’s star was falling fast, Adams said. His shaky business practices led to the closing of both studios, after which Korman headed to the West Coast to try to make a name there while hustling to get his new wife, aspiring actress Pat Farrell – a woman 20 years his junior – into movies. On both counts he was unsuccessful and the marriage dissolved in less than two years. Korman ended up back in New York, working for a time snapping portraits of guests at the Jewish “Borscht Belt” summer hotels in the Hudson Valley. At the time of his death, Korman was essentially penniless and “virtually alone,” according to conversations Adams had with Roberta Satro, a niece of Korman’s who knew the photographer personally.

Now, with a second book completed about Korman, Adams said he’s ready to let the story go. Technically, Adams has produced three books about Korman. The first one was a limited edition, high-quality coffee table book of Korman images.

“He was really out there,” Adams said, describing Korman’s style, which pushed the envelope of celebrity photography. But it could also be a confirmation: that this remarkable photographer, almost lost to history, truly did exist. And now, thanks to Adams, Korman’s story – and a sizable portion of his extensive portfolio – is out there for people to enjoy.

Learn more about Adams and his book projects at clydeadamsbooks.com.

Sat Apr 23 , 2022
While everyone’s beauty routine is unique, there are still some basic guidelines if you’re looking to prevent damage to hair, skin, and nails. Now, some of these “rules” are tried and true, like prepping your hair with a heat protectant spray before blow drying or styling with a straightener (bonus […] 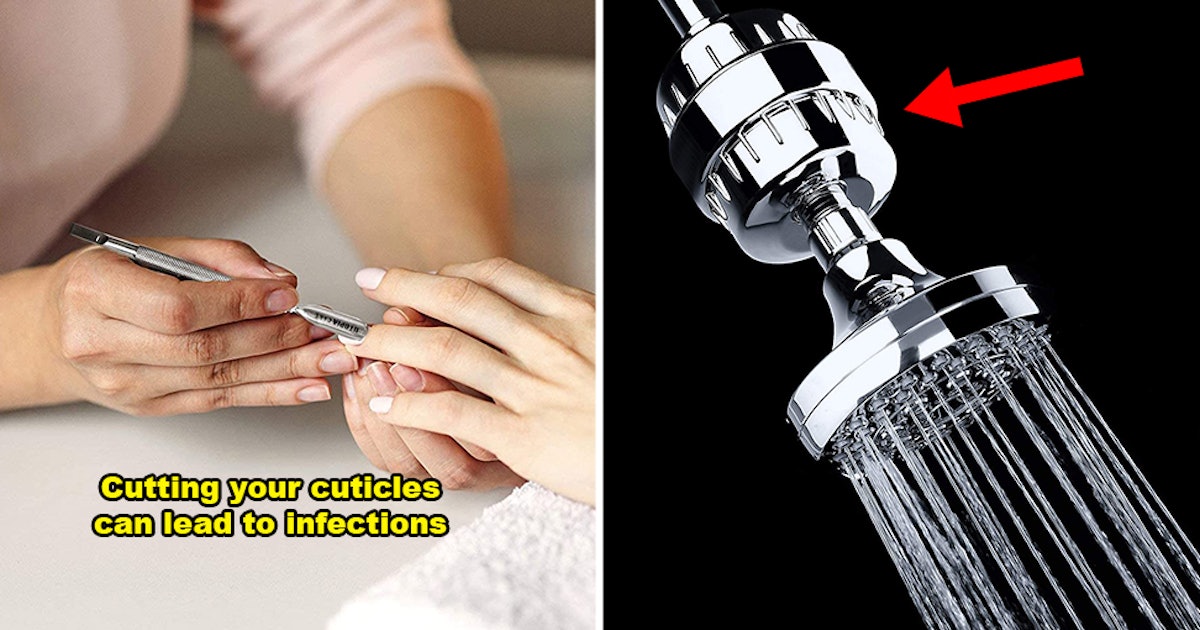