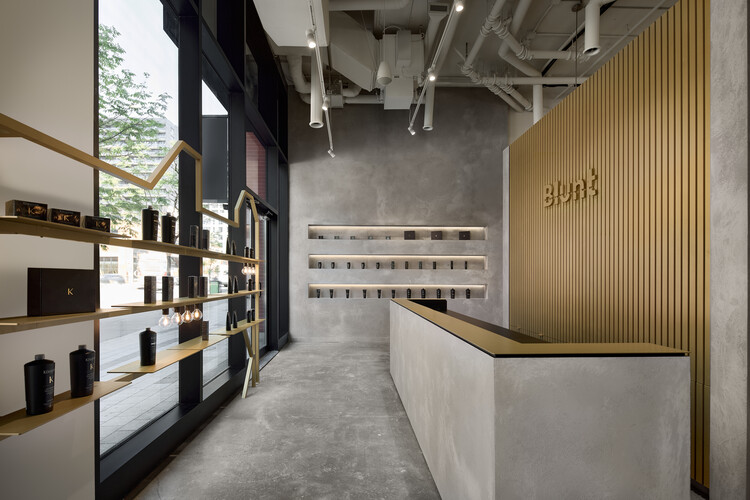 Text description provided by the architects. Following the departure of a neighboring tenant, Blunt – an already well-established hair salon in Montreal – seized the opportunity to expand and develop its service offering. Taking on the challenge, local agency, Issadesign, designed a layout that merged the existing space with the new one. From the beginning, the design team engaged in a constructive dialogue with its clients in order to find the right balance between the two. In order to preserve Blunt’s original visual signature, as well as the visual concept previously conceived by the Jean de Lessard agency, Issadesign opted to keep the tubular structures that so-characterize the salon. The idea was to preserve them and to give them a new lease on life by re-coloring them. “We wanted to let the installation live, and to not distort it. We felt that we had to free it up by giving it back the space it deserves,” says designer Marie Eve Issa. “The complex path proposed by this playful ensemble creates a visual path throughout the existing premises, which is then continued within the extension by adding fitted structures’’.

Materiality. To complete the transformation, the space was given a brand-new materiality combining concrete and brass. Issadesign tried to avoid the gender-bending decorative elements that are often present in beauty spaces. The redesigned interior of the salon features textured materials that harmonize with the raw and assertive aspects of the space, thus expressing the essence of the “blunt” salon. The tinted grey is given pride of place because not only does it act as a neutral and timeless element, but it also echoes the materials of the neighborhood – Griffintown – a former industrial territory where concrete, brick, and metal are omnipresent. This texture is accompanied and enhanced by the warm tones of gold, creating a trendy industrial atmosphere.

Concept and strategies. In terms of design, the challenge was to establish a certain visual and functional continuity between the sectors. The bar-café takes center-stage and is placed in the center of the space, acting as a socializing place; a connecting core. Within the new sector, there is a large reception counter with a work and consultation area in the back dedicated to the trichology service, a study in hair health. The counter area uses the language of the line and is consistent with the project’s overall linear design. It is a simple and subtle gesture that unifies the two areas. It was important for the client to showcase the specialty products and, for this reason, integrated shelves were designed to highlight the products from the entrance. To complete the look, the mezzanine was converted into a friendly employee lounge, with a touch of exclusivity. The result is a modern and sophisticated lounge with an industrial touch, custom fixtures, and furnishings that give passers-by, employees, and clients a new lease on life.

Tue Nov 1 , 2022
“It’s effortless to get inspired here. Persons are not fearful to freely categorical on their own in Atlanta, whether or not it’s by their hairstyle or their gown model,” said Janell Stephens, founder of beauty brand name Camille Rose, who has been at the forefront of the multicultural attractiveness market […] 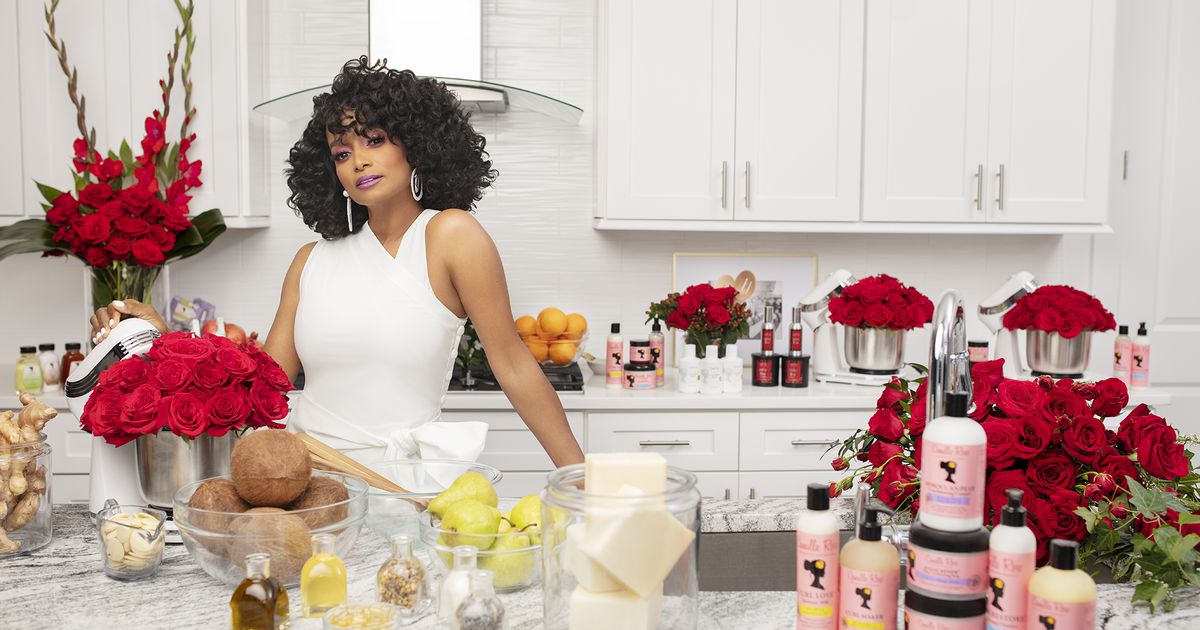